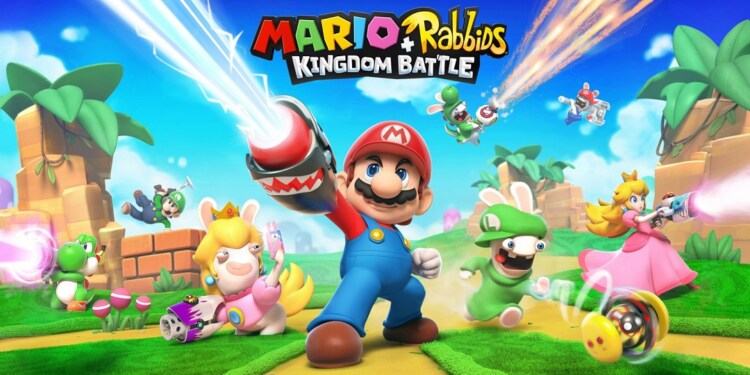 THE REVEAL – One of the most surprising projects seen on the Nintendo Switch (and probably not only limited within the boundaries of Nintendo’s first hybrid console) was a completely unexpected crossover. It was announced, after having being leaked online (generating funny and non encouraging comments from the self-proclaimed enthusiasts all over the web) at E3 2017 and immediately its unveil change the minds of many. With Shigeru Miyamoto directly on the Ubisoft showfloor, thanking a complete nobody named Davide Soliali (simply sit in the crowd) for his passionate love for Nintendo most famous mascotte, it was revelad that Mario and his crew were going to team up with the stupid and funny Rabbids! In a Strategic Role-Playing game! With guns! And developed not only by another (Western) company and not by Nintendo, but even by one of the less-know and smallest teams within Ubisoft: the Italian subsidiary of Ubisoft Milan. But why? And how?

THE BACKGROUND – The Rabbids sub-brand (born as a spinoff of the more famous Rayman character) were going to see significant investment by the Company, with a dedicated TV series going on, but the videogame side of things wasn’t as bright as it was back in the Wii days; Manzanares, brand leader of the funny and crazy characters, was looking for different pitches within the Company, to lead the sub-brand out from the mini-game-collection mud it was stuck in. Among the many projects received from within the many teams of the Company spread all over the globe, there was one, that felt special. It was risky, unexpected and very different from everything he was thinking about on his own: it came from Italy, by a lead deigner called Davide Soliani, that has always been a HUGE Nintendo fan. He was suggesting for the Rabbids to team up with the Mushroom Kingdom characters, in a turn-based adventure. That sounds crazy, right? But Manzanares saw something in that pitch: it was Soliani’s passion. Let’s go present it to Nintendo, “directly” (pun intended). And so they did, but it should have been Davide presenting his own idea, otherwise the concept wouldn’t have been powerful enough to open up the proverbial closeness of Japanese creators. Pitch done, love shared, project greenlit! And after many years, the love that Soliani felt towards Nintendo was reflected by the admiration of Sigeru Miyamoto himself. What a heartwarming reaction, Soliani’s one during that E3 presentation! So emotional and full of love to immediately change the tune surrounding the projects: many eyes turned towards Mario Rabbids Kingdom Battle after E3 2017, but not with disrespect. On the contrary: with curiosity and interest. But…was the game going to be actually any good?

RELEASE AND SALES – The game was released in August 2017; it landed on a very respectful 85 score on Metacritic and people started to love it (it’s gameplay, it’s artstyle, it’s general quality and surely its freshness) from the go. On September ’17 it became the the best-selling game on the Nintendo Switch to have not been wholly published by Nintendo ( SOURCE ); in January ’18 it surpassed the 1 million mark ( SOURCE ); in September ’18 the new milestone was 2 millions ( SOURCE ). After that the game desappeared from the sales radar for awhile; Ubisoft also shifted internally from the actual copies sold metric into a differet KPI, start talking about “Unique Players”, active fo their games (probably tracked and registered through their online activities and log-ins). Following these changes, years later the Company shared again some results for the project, and they were stunning: in June ’21 Soliani delcared that over 7.5 million unique players interacted with the game ( SOURCE ), and in August 29, ’22, right before the launch of the sequel, the number was up to 10 million unique players ( SOURCE ). Now these numbers must be scrutinized: those players don’t equal copies sold, because there are used copies out there in the wild, and more than 1 profile can have access to games on the same Nintendo Switch console; in addition, between June ’21 and August ’22 Mario Rabbids Kingdom Battle has been part of the Free-Trial initiative for 1 week, reserved to the Switch Online Subscribers. But for sure, the game sold millions of copies all around the globe, and has been a very strong success for both Ubisoft and Nintendo. The most important proof? Sparks of Hope. 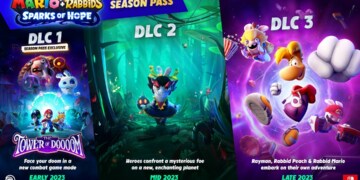 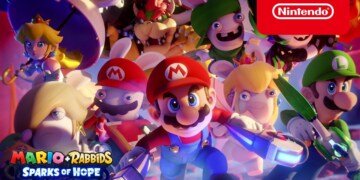 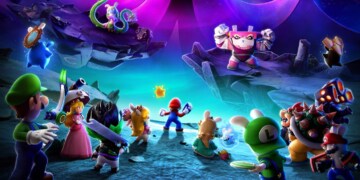 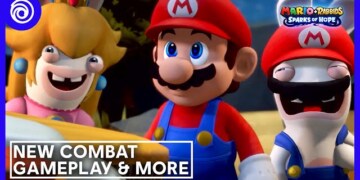 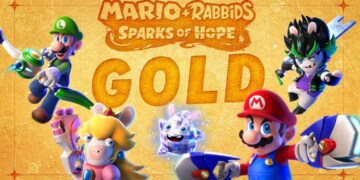